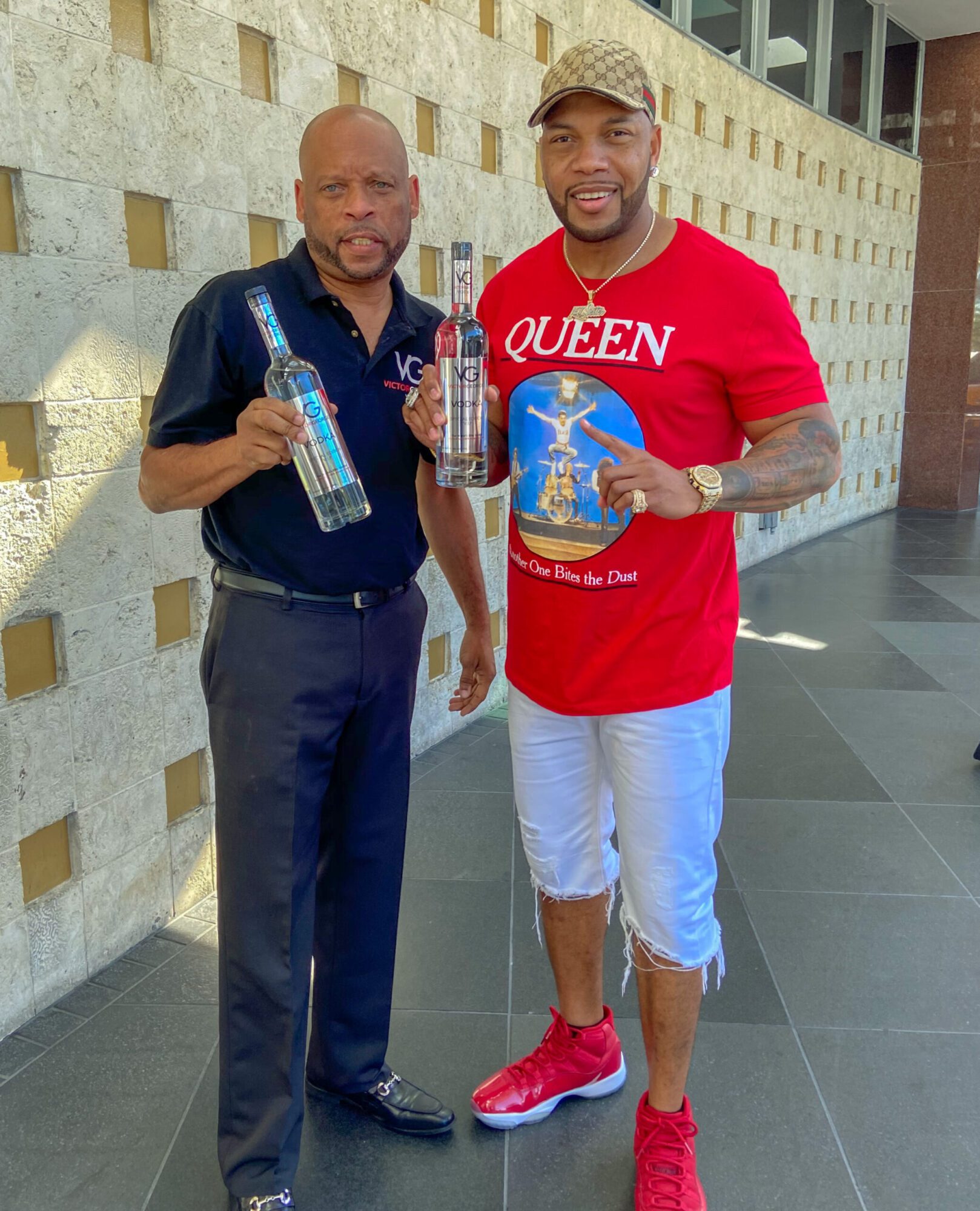 VG an ultra-premium, gluten free vodka, quickly becoming one of the most popular and most requested vodkas in South Florida, debuted this newly formed partnership through a series of events throughout Super Bowl week. Flo Rida is not just a celebrity endorser; he is also an equity partner in VG Vodka and the distillery coming in late 2020 or early 2021.

“Super excited to join the VG Family as an equity owner and brand ambassador,” said Flo Rida. “I have known Mr. Harvey for years and I’ve seen his grind, hard work and enthusiasm in building his brand. I look forward to introducing VG Vodka to the world, developing new products through the construction of a distillery in historic Sistrunk and empowering the community.”

Harvey and Flo Rida have known each other for more than twelve years and according to Harvey have always talked about pursuing a venture together.

“Flo is an amazing businessman and I watched him build his company from the ground up,” said Harvey. “I knew it was only a matter of time before we did something together and VG Vodka seemed like the perfect fit.”

VG is a clean, smooth, gluten-free and American made vodka promising no hangovers, headaches or burn. VG Vodka is one of the only in the world that provides a smooth silky taste from the beginning to the end. It is small batch crafted by a master chef using all-natural ingredients. VG Vodka utilizes a patented combination of filtration and oxidation that purifies the spirit removing harsh-tasting congeners and free radicals introduced by fermentation, distillation or aging.

“What we are building in the Sistrunk community is exactly what the area needs,” said Harvey. “A place to dine, drink, and socialize without having to leave the area. In addition, the amount of jobs we will create in the community is a huge plus for South Florida.”

“It is good to see businesspeople such as Mr. Harvey continue to invest in the Sistrunk corridor. We are excited for his upcoming projects which will create jobs in the community”, says Vice Mayor and City Commissioner for District III Robert McKinzie.

Flo Rida’s debut album, ‘Mail on Sunday’, reached number four in the US followed by ‘R.O.O.T.S.’ the following year. Subsequent albums, 2010’s Only One Flo (Part 1) and 2012’s Wild Ones, also charted on the US Billboard 200 chart. Flo Rida has sold more than 100 million records worldwide, making him one of the best-selling music artists.

The two friends and business partners through their company, VG Spirits – victorgeorgevodka.com – will launch in Atlanta, Washington, D.C., Las Vegas and New York in the Spring of 2020 with plans for a Nationwide launch in 2021. Additional spirit lines will include whiskey, gin, tequila and some specialty liqueurs.

Flo Rida is one of today’s most vibrant and recognizable superstars, a true international icon and history-making hip-hop hero. Since bursting out of the gate a decade ago in 2007 with the RIAA 7x platinum certified hit, “Low (Feat. T-Pain)” – which spent 10 consecutive weeks atop the Billboard “Hot 100” The Miami-based rapper has unleashed an undeniably amazing string of record-breaking, multi-platinum certified singles, including the worldwide #1 favorite, “Right Round (Feat. Ke$ha)”