Hit enter to search or ESC to close
Industry News 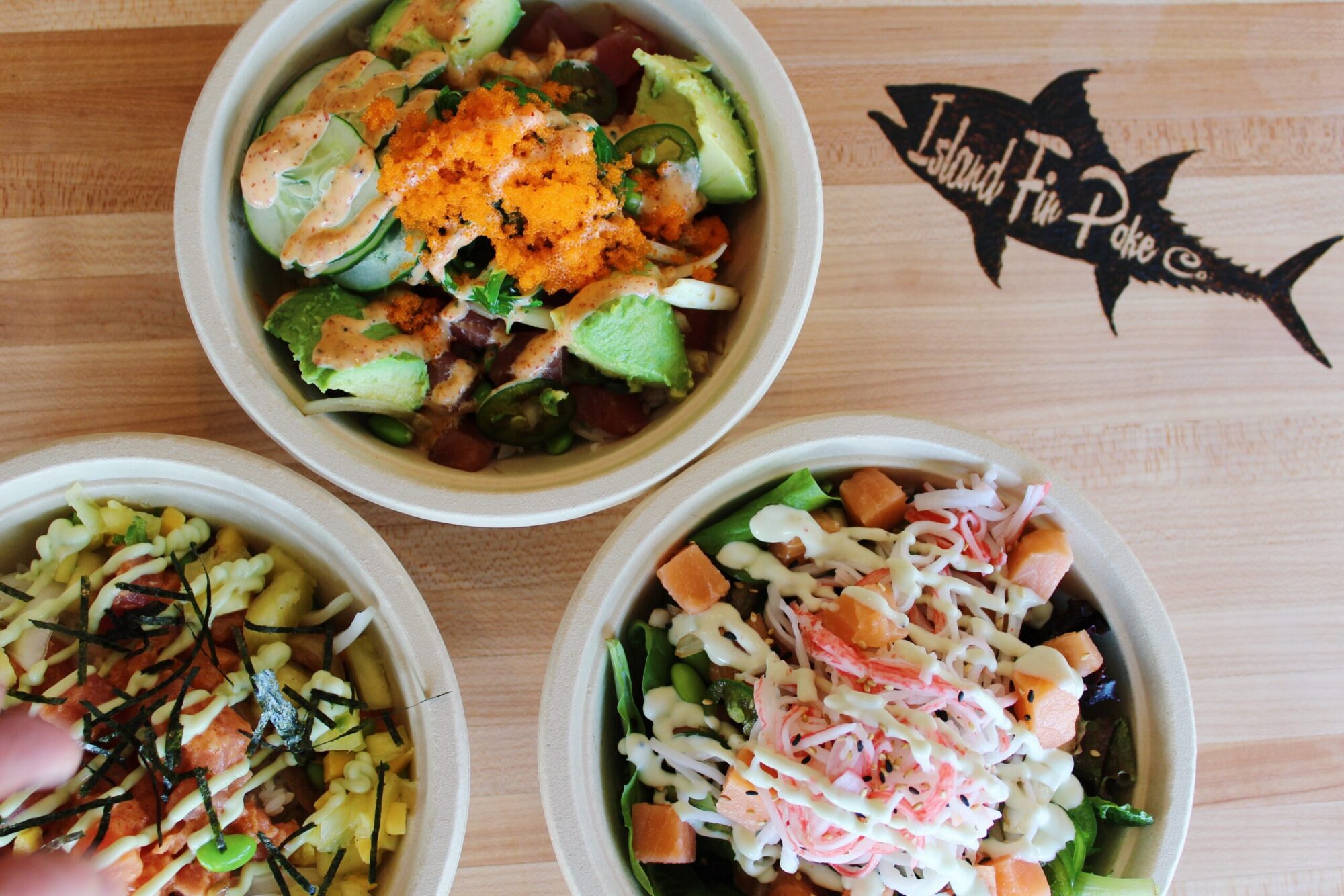 Winter Springs, FL – Poke was a meal not well-known outside of Hawaii until a few years ago, but today there are nearly 2,000 poke restaurants outside of Hawaii, with much of that growth coming in the last two years. Today, one of the newest chains battling for dominance in booming segment is Island Fin Poké.

Founded in 2017 and franchising since 2018, Island Fin Poké currently has four locations in Florida and Massachusetts, three of which have opened in the last six months alone. With 19 additional units already in various stages of development across six states, the Florida-based franchise expects to have at least 15-20 total restaurants open and operating by the end of 2020 and 100 units within the next five years.

“Poke has transformed from food craze to a national staple. It has quite rapidly matured into a part of nearly every major American city’s local food scene,” said Island Fin Poké co-founder Mark Setterington. “While keeping it true to form, we’re excited to bring one of the best tastes of the islands to various markets across the country and ensure that each and every one of our guests will enjoy a dining experience like no other.”

Mark met Paul Reas in 2004 at Bahama Breeze, a Caribbean restaurant & grill. He had just relocated his family to Orlando to be the General Manager of one of the restaurant’s Orlando locations and Paul was his bar manager. From day one, they were more like brothers than friends and their relationship became rooted in the Hawaiian culture of Ohana (“The family”). Days off, vacations and days on the boat, the families grew close and their kids grew up together. As the relationship continued to blossom, they started talking about starting their own restaurant. Fast forward 13 years, and Island Fin Poké was born.

Today, although half a world away from Honolulu, Island Fin Poké’s Hawaiian-style poke follows the original essence of the dish: farm-to-fork, all locally and responsibly sourced. Guests can build their own bowls by choosing from eight proteins, over 25 toppings, house made sauces and mix-ins. Starting with a base of white rice, brown rice or spring mix, diners can add proteins such as Ahi tuna, spicy tuna, shrimp and chicken. Toppings include mango, pickled ginger and crispy garlic, and there are a variety of mix-ins such as edamame, corn, sweet onions and jalapeno. Ponzu and shoyu are among the freshly made marinating sauces, and finishing sauces include avocado sauce and wasabi cream.

“The balance of our menu varies depending on the season, our local suppliers and, most importantly, the freshest catch-of-the-day,” said Setterington. “Farm-to-fork, always fresh, never frozen. Island Fin Poké brings Hawaiian flavor a few thousand miles closer to you. Naturally great food. It’s our pleasure.”

As seasons change, so does the menu. Customers can discover exciting flavors and new dishes destined to vary with what fresh and local sources bring to market. The majority of menu items are gluten-free, and there are vegetarian and vegan options.

“Not only does our food live up to authentic and traditional Hawaiian standards, but our company culture reflects the value of Ohana,” added Setterington. “For us, Ohana is a way of life, and when your love of food is this personal, it pretty much means once you dig in, you’re one of us. As our Ohana expands, we’re looking for franchisees who embody these values.”

Founded in 2017 and franchising since 2018, Island Fin Poké is a Florida-based fast-casual chain that serves Hawaiian-style poke bowls in a comfortable laid back beach shack environment. Today, there are four locations in Florida and Massachusetts, with numerous others in various stages of development across the country. For more information, visit www.islandfinpoke.com.