Hit enter to search or ESC to close
From the Publisher

Returning to my roots 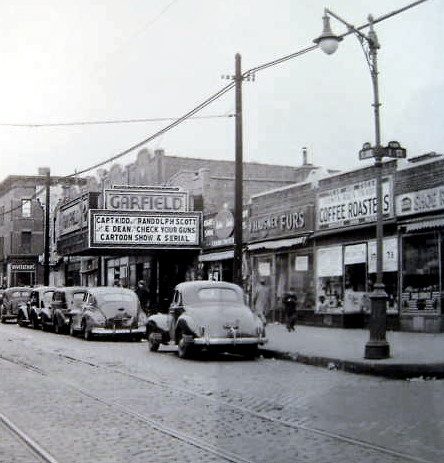 Returning to my roots

I was born in a black and white era and spent my childhood mostly in Brooklyn New York. Most Saturdays were spent at my grand-parents apartment on 1st St and Fifth Ave. where my grandfather, who was a furrier, had his retail store. (Hausner Furs).

Their apartment building was a four story walk up with marble steps and a dumbwaiter in each apartment.  (Dumbwaiter, a small elevator for carrying things, especially food and dishes, between the floors of a building.) People in the building could send a cup of sugar to the apartment above and below them on the dumbwaiter. The dumbwaiter has nothing to do with this story, I just thought it was cool.

I would spend Saturdays in my grandfathers “factory” in the back of the retail store nailing pelts down to a board with a hammer and long thin nails. I don’t remember what that had to do with making a fur coat, perhaps he just wanted to keep me busy.

A few doors away from the store was the Garfield Theater where we’d spend many a day watching the movies of the era. Just beyond the Garfield was the Slepian Paint store whose family lived in the back of the rows of paint cans and brushes in a two bedroom apartment. Why am I telling you this?

A few weeks ago I had the pleasure of attending the wedding of my oldest nephew, Wesley in Brooklyn and the Friday night dinner for our family was held in the store that used to house the paint store.

The street has changed of course. The fur shop, the coffee roaster and the hat repair shop have been replaced by a TD Bank and the Garfield is now a parking lot for the bank. The paint store is now a chic trendy Italian restaurant named La Villa Pizzeria Forno A Legna. (261 Fifth Ave.)

I remember eating my first slice of pizza on Fifth Ave. and all the sensory pleasures that came with it, so when I entered La Villa I was eagerly looking forward to returning to a bye gone era.  The place was packed with diners and customers waiting for tables. The sights and sounds of the open kitchen and the original brick walls felt warm on a cold New York night.  While we waited for our table of thirteen with no reservation, to my surprise and pleasure a hostess came by with samples of pizza dough covered by their pizza sauce. I took a bite and my eyes rolled back in my head, my taste buds exploded and the only thing that I could think of was “I’m home” I waited many years to have that experience again.

Wesley ordered several dishes for the table including assorted salads, rice balls, chicken parmigiana and veal parmigiana and of course several pizzas with great cheese, pepperoni, sausage and the terrific red sauce. I indulged myself and bemoaned the idea of leaving the leftovers. The old saying of “You can’t go back” is entirely true but I came as close as possible to recreating that black and white era in this full color world in one enjoyable great weekend.

Have you had a “Roots” experience too? I would love to hear about it.  howard@trnusa.com

Why You Need To Use Hot Eblasts To Achieve Success and Profits ... See MoreSee Less

You don't want to miss this. Eblast Your Way To Profits Get Sales You Never Imagined VISIT OUR WEBSITE A Great Idea & Price The price is $195.00 per blast to our database of over 15K restaurants in Fl
View on Facebook
· Share

It's our Anniversary - A gift for you - A free ad ... See MoreSee Less

It's our Anniversary - A gift for you - A free ad

You don't want to miss this limited time offer It's Our Anniversary Our Gift To You A Free Ad 25th Anniversary Sale It's our Anniversary - you get to celebrate and save money! Contact us today before
View on Facebook
· Share