Hit enter to search or ESC to close
From the Publisher

Baseball and the Changing World 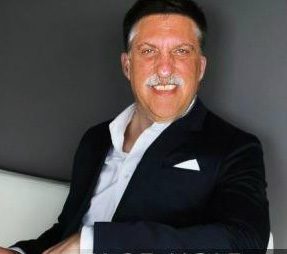 Baseball and the Changing World

Captains Log March 7, 2020. It seems like five years but alas it was only five months since that beautiful spring day in Port St. Lucie with thousands of New York Mets fans awaiting the start of the game and the regular season just a month away.

News of a pandemic was just starting to hit the news reports while masks and social distancing were not even thought of yet in the United States, but it was on the horizon of our consciousness.

Every spring my son Evan and I go to Port St. Lucie for at least one spring training game and last year we took granddaughter Sophie with us and this spring we did the same but we were more aware of our surroundings, especially of the women sitting to my right who had a hacking cough that could be heard all along the first base side. Fortunately the wind was blowing towards right field away from us. After three innings of listening to her coughing, I suggested we take a walk to the outfield to see the game from a different perspective.

When we reached the outfield we bought some snacks and were continuing our stroll when we ran into Jeff Solomon, the owner of Budget Restaurant Supply in Ft. Lauderdale whom I’ve known for over thirty years. We discussed the possible coming storm and we parted with a manly hug. You know the kind where both parties are tapping each-others back.

Captains Log March 9th 2020 while picking up prescriptions at CVS I decided to get a flu and pneumonia shot for the first time in my life. I figured what the heck, it can’t hurt. A few days later we went into panic shut down. A once in a lifetime event had reached out to us causing decisions of life and death to be made on the fly with no significant data to rely on to give us proper direction.

Captains Log April 2020 Baseball’s opening dates have been postponed. Looks like a shortened season if at all. Opening in July forecast. Businesses closing all around.

Captains Log July 24, 2020, baseball season opens with changes. No live fans in the stadiums, players wearing masks, spitting, a major feature of baseball has been frowned on and cardboard cutouts take the place of live fans. Sounds of crowd reactions are piped in on every play.

Baseball and professional sports in general will undergo still more changes in the coming months as will our industry. The explosive growth of new technology companies debuting and those in development is astounding. It’s what we do. The human race is adaptive. This COVID19 pandemic is not the first or only plague we have dealt with. My grandfather was killed by the TB plague in the early 1900’s The Spanish Flu, Aids, Ebola, H1N1, Swine Flu and others occurred just in the last 100 years.

Present the world with a major global problem and humans will adapt a way out of it, but you and your company must be in a position to change quickly. If we’ve learned anything from this event, it is that the only constant in life is change. Stay safe, healthy and adapt your life to allow change.